In a La Liga contest that ended before, Evar drew 0-0 at home with Osasuna and has not won at home so far this season. 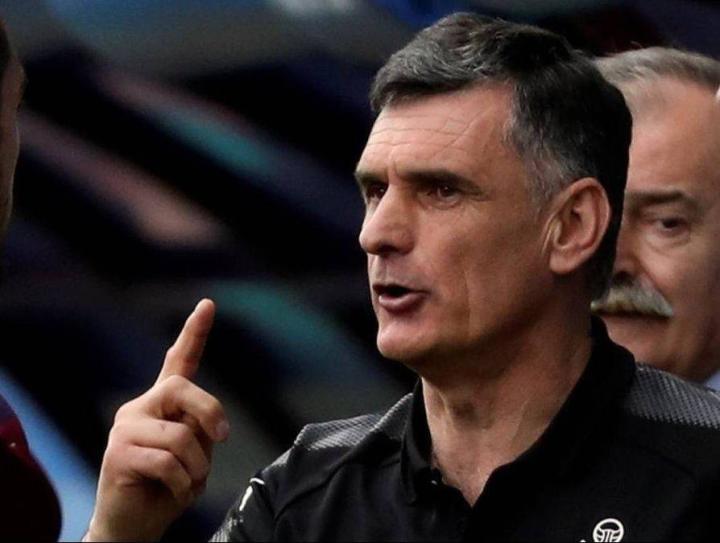 After the game, Ebar coach Mendiliba attended the press conference.

"Am I satisfied with this game? Good question, I don't know it myself. Osasuna played better at the beginning of the game, and they got into form faster than us. We also had a good time period, but Germany Mitrovic and Sergio Herrera are like two fans watching the ball on the court. They are basically untested. There are a lot of shots from both sides, but there are basically no threats. The draw is fair."

"We played our own style today, but Osasuna really played better than us today. If we didn't win because the opponent did a good job rather than we did a bad job, then I will accept it. On the football field The result of the game is very important, but the mentality of looking at the problem is also the same. Today's draw is still good, after all, they were very close to taking the lead for a while."

"We played four home games, two draws and two losses. There are no fans in the stands, home and away games are actually not very important. Everything is equal, and the referees are calm. I think the difference between current football and normal football is quite big. Yes. There used to be an advantage at home but not now, so there is no need to pay attention to home and away results."

"The Osasuna players thought Atienza was weak, but they were wrong. Atienza's learning ability is very fast, and he adapts to the rhythm of La Liga after playing for a while. This is commendable because of the rhythm of West C and La Liga. The gap is still very large. Atienza is very active on the defensive end and has successfully provided many help to his teammates. He has done a great job in assisting defense. The problem is really big when he has the ball, but overall I am His performance is very satisfied."

"Pozo Pozo played two different positions in a game. He didn't show much in the first half when he played as a full-back, but he was very diligent. In the second half, he did well when he played as a full-back. A lot of help. Brian Hill is a change in our lineup, because his personal characteristics are different from any other player in the team. He completed a very threatening shot today and created Several front court free kick opportunities."